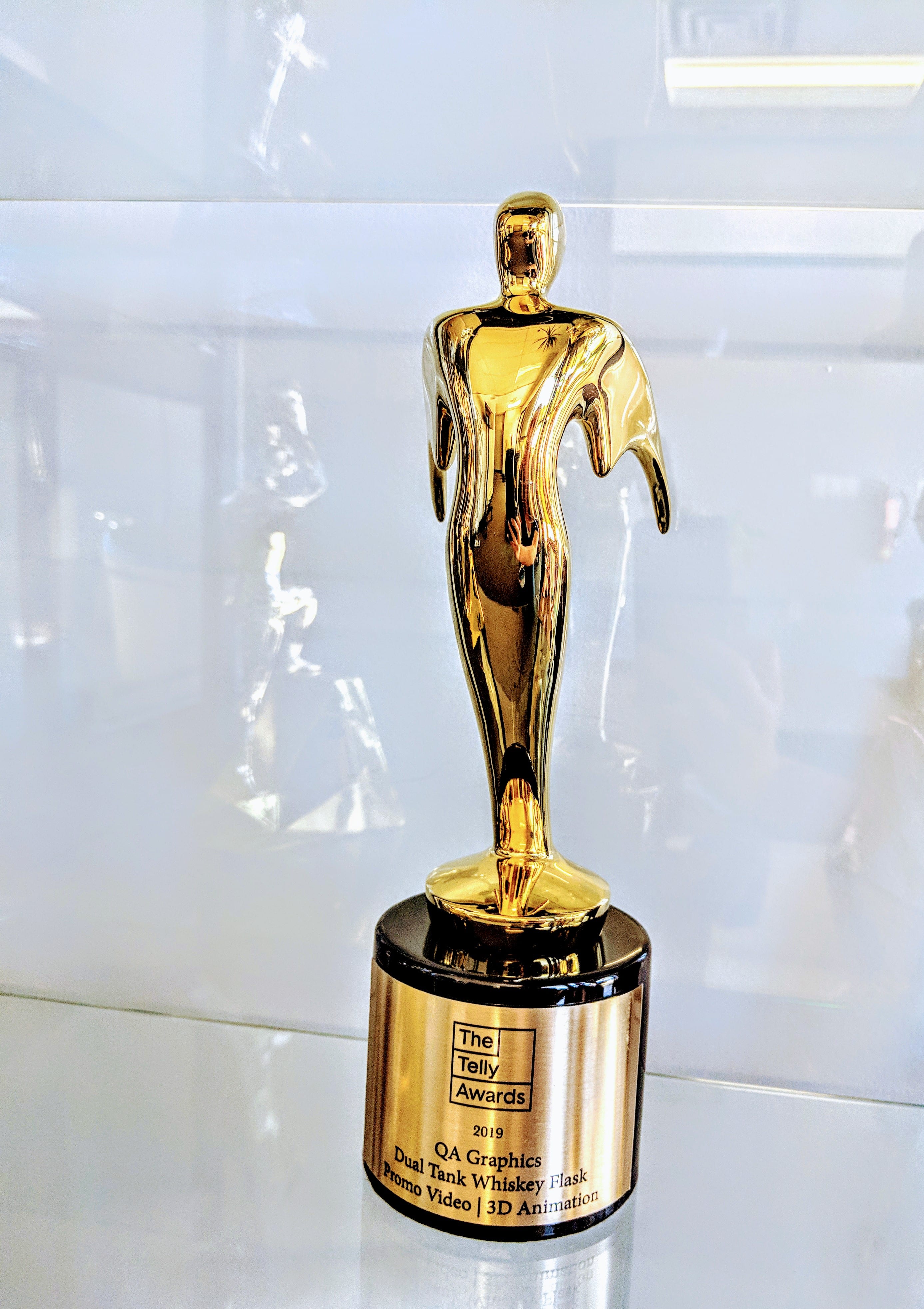 (ANKENY, IOWA)— QA Graphics ​announced today its Dual Tank Whiskey Flask video (http://bit.ly/2tZY9CN) has been named Best Promotional Video in use of 3D Animation ​in the 40th Annual Telly Awards.​ The Telly Awards honors excellence in video and television across all screens and is judged by leaders from video platforms, television, streaming networks, production companies, and including Vice, Vimeo, Hearst Digital Media, BuzzFeed and A&E Networks.

“QA Graphics is pushing the boundaries for video and television innovation and creativity at a time when the industry is rapidly changing,” said Sabrina Dridje, Managing Director of the Telly Awards.

QA Graphics, a full-service digital design company, has over a decade of experience in 3D design and animation. By working with QA Graphics, their client, Discommon Goods gained a custom video to use as a marketing tool to showcase their unique product design.

“Awards like this for us is about showcasing the level of work an Iowa company is capable of giving clients,” says Dan McCarty, Owner of QA Graphics. “Competitions like the Telly who honor the video and television industry receive thousands of submissions from across the globe. With big companies such as Condé Nast, Netflix, Refinery29, RadicalMedia, T Brand Studio, and Ogilvy & Mather competing, to be grouped as a winner with brands such as these is an honor.”